We are a Colorado French Bulldog breeder. Our love and obsession of the French Bulldog breed has inspired us to start a breeding program and share with others the joy a frenchie will bring to your life! We have owned and raised Frenchies for 8 years now and can't imagine living life without them. We are located in Greeley, CO and all of our frenchies live with us in our home. They are a part of our family and they are spoiled to the max! All of our puppies and adult dogs come from the healthiest American and European bloodlines and are all registered with the American Kennel Club (AKC). Specializing in standard and exotic colors, our frenchies come from only the best lines, with focus on structure and temperament of the dog. We place our puppies in caring, lifelong homes in Colorado and across the United States. We take Pride in raising Healthy, Happy, and Genetically Tested French Bulldogs! 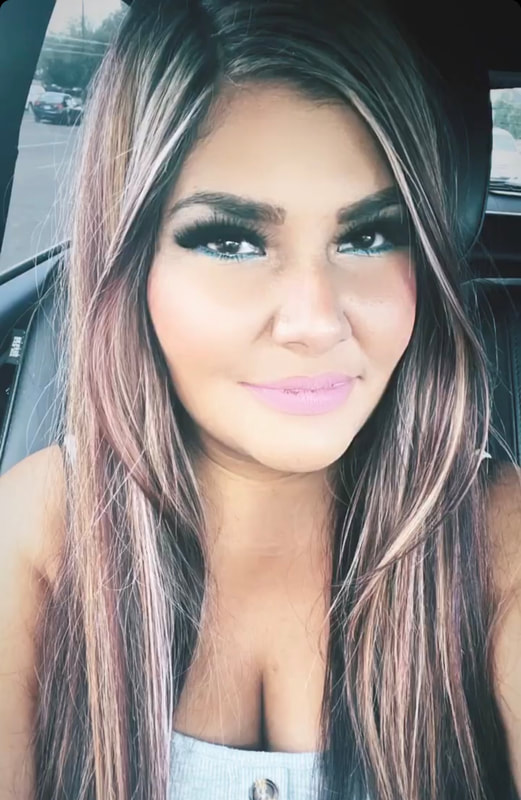 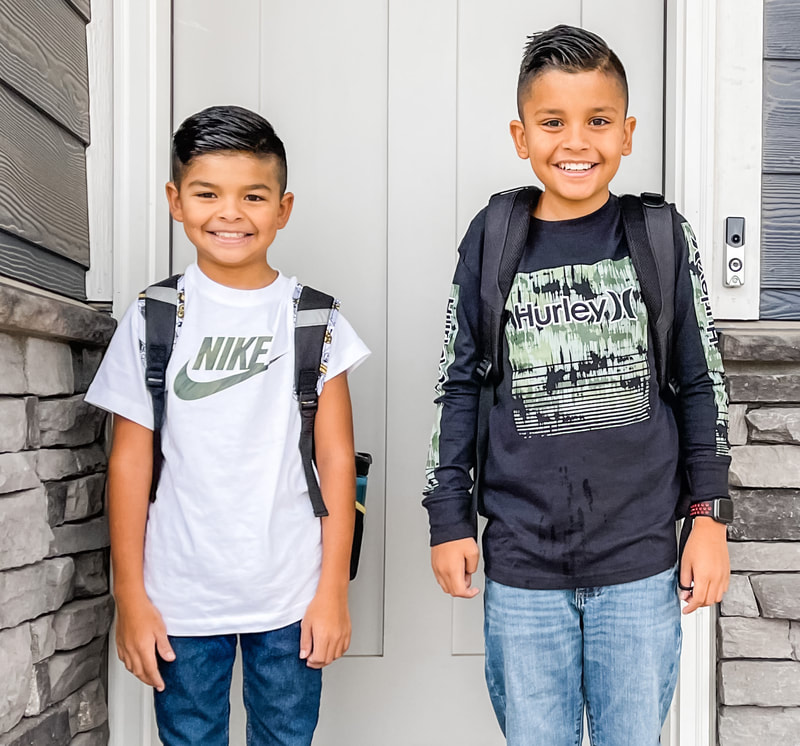 Size: Anywhere from 16-28 lbs, but averaging 20-25 lbs in most cases
​
Grooming: Since shedding is light and seasonal, there is minimal grooming required.  Doggie odor is close to non-existent.  Maintenance:  Flush ears, clip nails, dab protective oil on nose, shampoo bi-weekly in summer or once per month in winter.  This grooming routine is likely required slightly more for young pups.
​
Disposition: The AKC standard describes the French bulldog as, "Well behaved, adaptable, and comfortable companions." It also describes the Frenchie as affectionate, even-tempered, active, alert, and playful but not unduly boisterous.  Yet, not all breeders focus on developing this temperament in their breeding program.  Many times, the French bulldogs that are turned over to Rescue Organizations are done so because the temperament does not meet the AKC standard for this breed.  Rowdy behavior, hyperactivity, and aggressive behavior is not the standard for the breed but can also be the result of improper socialization by the owners. As with humans, temperament is significantly hereditary; however, the disposition and intelligence is also developed by the manner in which a Breeder handles the puppies from the first moments of life.  Behavior and intelligence is further reinforced and developed by bonding and training with the new owners in the forever home. In other words, my opinion is that environmental conditions blend with genetic predispositions. Stimulation of puppies by breeder, its mom, and other dogs not only increases intelligence but influences behavior and habits developed.  The period of 8 to 12 wks is a critical development stage.  A puppy needs the influence of its dam, sire, and Breeder. The best bonding time with a new owner is thought to be 9-14 weeks. Columbine Ridge pups get a jump start toward socialization and new owners will need to continue to develop.   I highly recommend a Basic Puppy class for new owner and the puppy starting at 16-18 weeks to take puppy to the next level in socialization.​

Habits: French Bulldogs are often referred to as "little clowns". They have certain play behavior that typically surfaces at 6- 8 weeks of age.  They are famous for initiating play with their famous "play bow".  Their playtime can be rigorous as they race full speed to make circle 8's on the lawn, play tag, play keep away, or become "King O' the Mountain."  Anything new initiates dancing in a circle or bunny hopping.  Frenchies seldom bark, yet, they are MOUTHY dogs that experience the world by grabbing, nabbing, snatching, mouth wrestling with other dogs, and alas, gnawing and nibbling Which is why they must be provided with chew toys.  The French bulldog has a lazy streak, so he tires and crashes for a rather long nap several times a day.  He tends to drink a lot of water and likes it fresh because his flat snout leads to dry mouth and tends to retain grass, dirt or debris from food.
Most Frenchies have less prey drive than other breeds, such as terriers or a sporting dog breed but some are inclined more toward the terrier side of their ancestral beginnings.  This prey drive, fearless type personality, and impetuous response to their environment can lead them into danger from overheating or impetuously running toward a car, into a pond or pool.   Most seldom bark; however, remember this breed was a man-made blend of bully and terrier types. There are some French bulldogs with "watchdog" tendencies to alert and warn of encroachment into the family's territory. Most Frenchies like to romp with children, snuggle up to owners, greet visitors at the door, or bow to say "hello" as they take a stroll in their neighborhood. They like to sit under the computer with their body lightly touching your ankle.  Most endearing is the "angel's kiss" that devoted Frenchie pets lightly place on your ankle or shin while they accompany you in your daily tasks. That's their way of letting you know how important you are to them. In spite of a stubborn, tenacious streak, the French bulldog is quite a needy dog that does NOT thrive without a human and/or dog companion. Most people that buy a Columbine Ridge puppy will desire another one about a year later. Some Columbine Ridge pet owners have 3-6 Columbine Ridge dogs all spayed/neutered as there is a tendency to collect these endearing dogs like potato chips.  If you have more than two, you are gathering a pack and must have ability to manage pack behavior that is inherent in canines.
French bulldogs are very amiable types that are friendly to everybody and enjoy diverse relationships with people and other breeds too. In some countries, this breed is still used for a "ratter" so imports tend to have a bolder, more aggressive tendency and are more prey driven. Boys tend to be clownlike babies for life, whereas, the females tend to be dominant little "Boss Ladies".  If purchasing a Frenchie, please express your needs and ideals to the breeder because Frenchies have a multi-faceted personality.   A sensitive, knowledgeable, caring breeder would not mismatch a puppy by placing it in a home that is not appropriate for its temperament and the family's needs.

​Socialization: Since this breed is extremely loyal, devoted to people, and thrives with praise and pats, it is easy to encourage the French bulldog's development into a comfortable companion pet IF you keep in mind the dog's inclination to be distracted  by its curiosity coupled with its stubbornness.  These two characteristics tend to become the "magnets" that pull the undisciplined French bulldog on a side trip from YOUR PLAN.   His curiosity and intelligence can join to draw the alert and adventurous little clown into dangerous situations. Without proper boundaries established, the puppy can become a demanding tyrant and rule rather unwisely over the owner's household.  It's HARD TO SAY "NO" to their whims because their intelligence allows them to "read you like a book" so Puppy-in-Training can pull out of its bag of tricks just the right tool to win over its master. The bag of tricks include the clownlike behavior, angel kisses, vigorous wet licks, bowing at your feet, pouting, turning their backs and walking away, throwing a dish of kibble,  refusal to eat as you fret and cajole, and, of all things,  ignoring you. Like a toddler, the French bulldog puppy needs structure and routine with limits set so he fits into your environment and lifestyle. 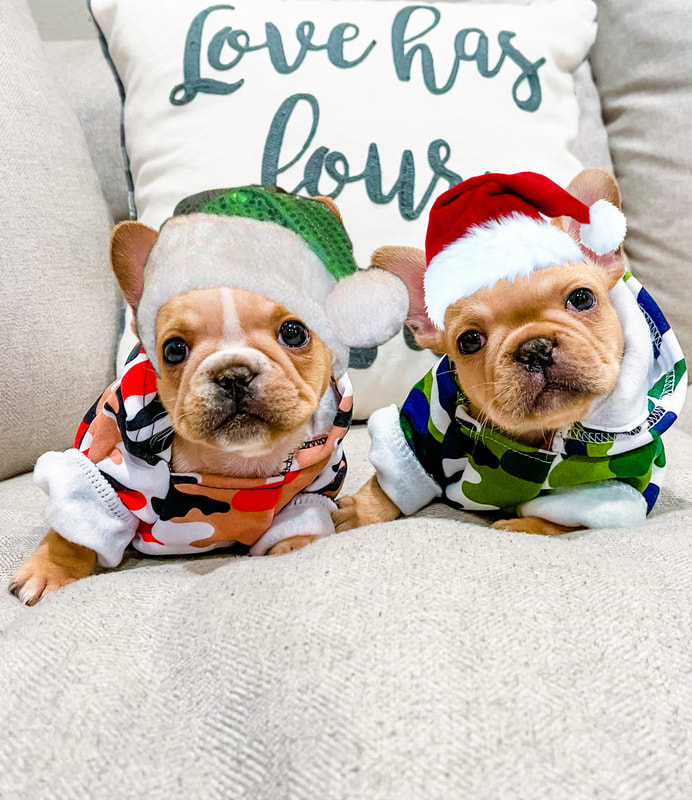 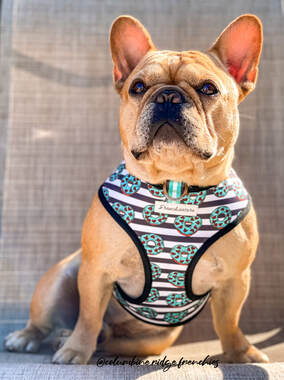